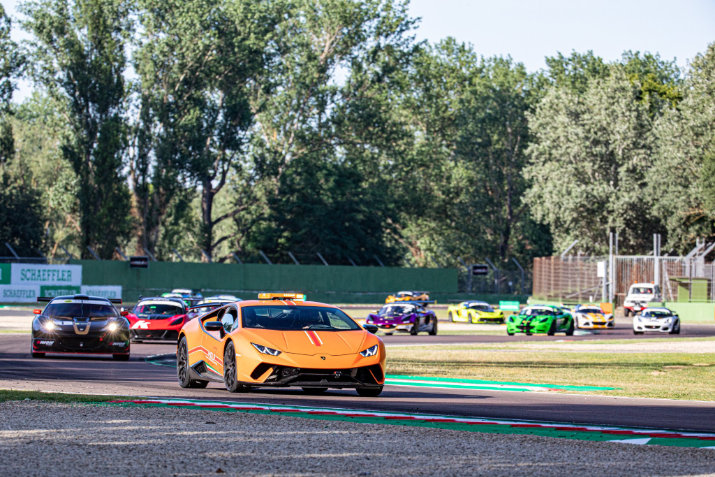 Lotus Cup Europe was in Italy this weekend (17-19 June) for the first of three events supporting DTM this season. With many on the grid never having driven Imola before and the extreme heat the drivers and cars would have to deal with, it was bound to be an eventful few days. 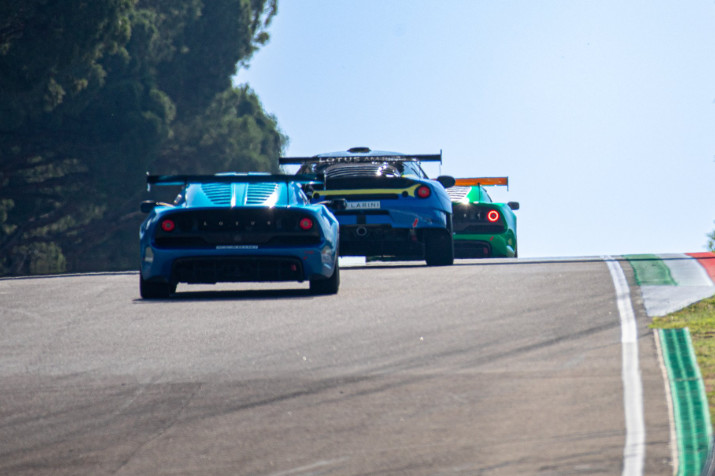 Reigning champion, Bence Balogh, secured himself pole position with an impressive time of 1:53.564, followed by the Exiges of Tamas Vizin, Daniel Palma and Paul Marechal. Tibor Valint had his qualifying session cut short on his third lap after the car ended up stuck in a gravel trap. Valint did however still set the 11th quickest time, meaning that although he would be starting at the back of the Exige Cup class he would not have to navigate through the other classes straight off the start line. Unsurprisingly, Jean-Pierre Genoud-Prachex took the 211/Open pole, in front of newcomer Steve Lake and Nathalie Genoud-Prachex’s pink 2-Eleven. Toby Goodman took pole in the Production class in front of Jason McInulty and Mick Edwards. 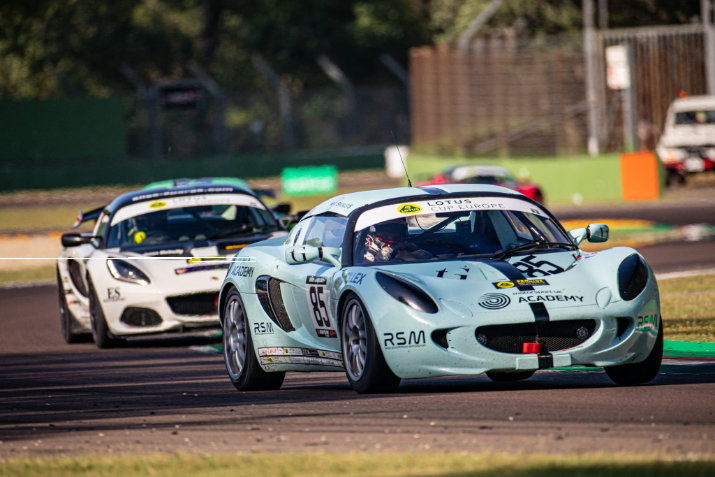 As soon as the lights went green, rivals Bence Balogh and Tamas Vizin distanced themselves from the rest of the field. Palma found himself under pressure from Marechal straight off the start, both fighting for 3rd overall, until Ronald Andraczek decided to get in on the action, forcing Marechal’s attention away from Palma and onto the 76 car. Toby Goodman and Jason McInulty set the pace for the Production class, with Goodman holding onto the lead despite McInulty’s best efforts. Jean-Pierre Genoud-Prachex settled into a comfortable lead in the 211/Open class. Two-way battles appeared all around the circuit as the race went on, particularly in the Production class where Dave Carr fought to keep his position from Bailey Edwards, whose dad Mick had moved up into second after passing McInulty on lap 8. With Balogh still in the lead and Vizin behind him, Marechal made the most of an opening on the inside of Palma and moved up into 3rd place. Robin Nilsson then found himself stranded on the side of the track, a safety car was necessary in order to move the Exige V6. With less than 3 minutes remaining, the race ended with a red flag as an incident involving 3 cars left Mick Edwards in need of medical attention after his car forcefully hit the wall. Bence Balogh took the win followed by Tamas Vizin, Daniel Palma, Sven Pettersson who was 2nd in GT Cup and Alexandre Valensi. Jean-Pierre Genoud-Prachex won the 211O class in front of wife Nathalie and David McInulty. Toby Goodman held onto his lead in Production with Mick Edwards coming second ahead of Jason McInulty. 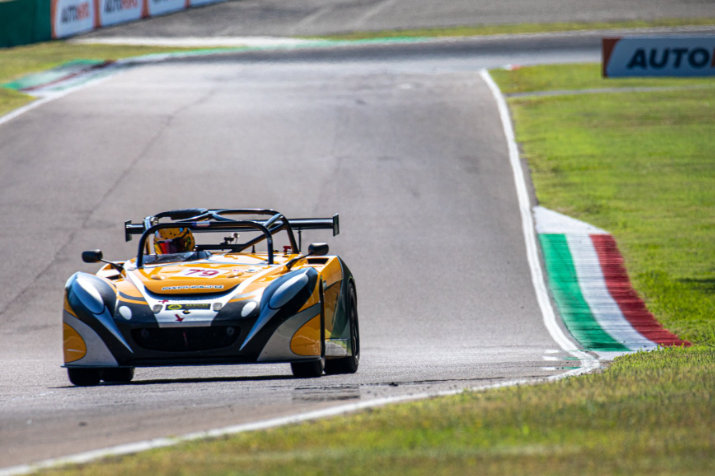 Temperatures were still very high in Imola for the start of Sunday’s race, the opening laps saw non-stop place changing throughout the field. Phenomenal driving from Nathalie Genoud-Prachex put her up into the class lead in front of husband Jean-Pierre. A drive through for Daniel Palma saw him moving down to 12th place, leaving Marechal and Andraczek to battle it out for 3rd overall and 2nd in Exige Cup. Further down the field in the Exige Cup class were Robin Nilsson and Rainer Borgens who were both forced to retire from the race due to issues encountered after an incident involving the two cars. With Jason McInulty and Mick Edwards unable to participate in the race, Toby Goodman set his sights on the other McInulty brother, chasing David down for 13th position. Bailey, with encouragement from dad Mick, gave it all he had, passing Dave Carr at the start and holding onto his position right up until a trip through the pits due to potential mechanical problems cost him 2nd in class. Speeding up once again on the last few laps Bence Balogh took yet another win ahead of Tamas Vizin, Paul Marechal and Alexandre Valensi. Sven Pettersson in 6th and Gyorgy Balogh in 8th completed the GT Cup podium. Jean-Pierre Genoud-Prachex kept his winning streak going, crossing the line before fellow 211/Open class drivers David McInulty and Nathalie Genoud-Prachex, who lost out on 2nd place after a quick pit stop. Toby Goodman took the top step of the Production podium alongside Dave Carr and Bailey Edwards. 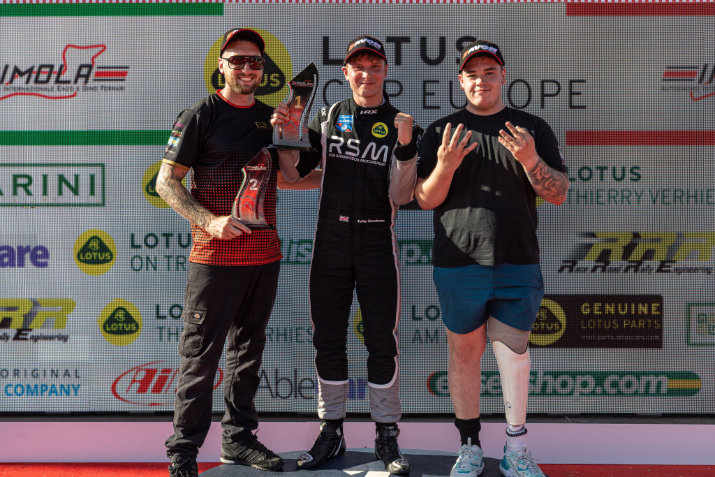