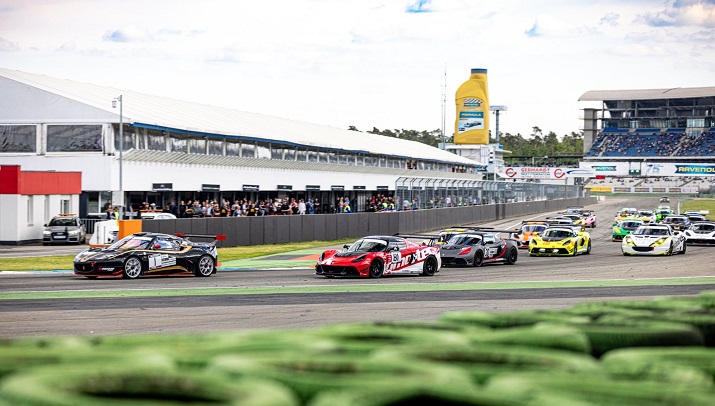 Lotus Cup Europe made its now customary appearance at the Hockenheim Historic – Jim Clark Revival this weekend (6-8 May) in front of massive crowds.

After the heavy rain in the South of France for the season opener two weeks ago, there was a general sigh of relief as the weather reports announced sunshine and warm temperatures throughout the weekend. 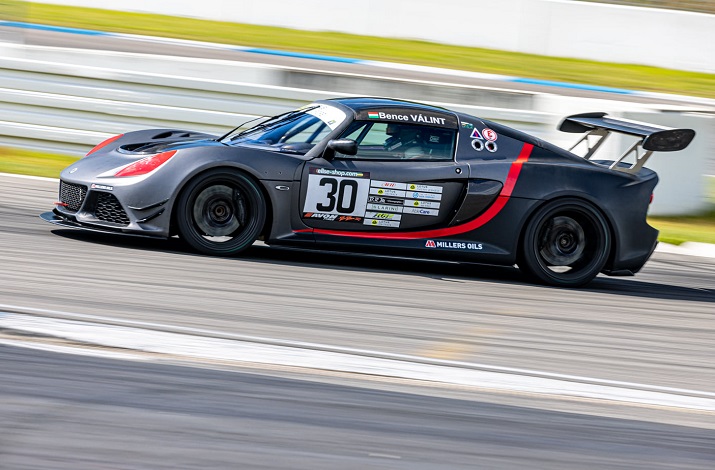 Bence proved to be a lucky name at Hockenheim as Bence Balogh qualified on pole with Bence Valint beside him, in front of Paul Marechal and Tamas Vizin on row 2. In 14th position was Jean-Pierre Genoud-Prachex, taking the 211/Open pole, whilst Jason McInulty set the fastest lap in the Production class in his Elise Cup R. 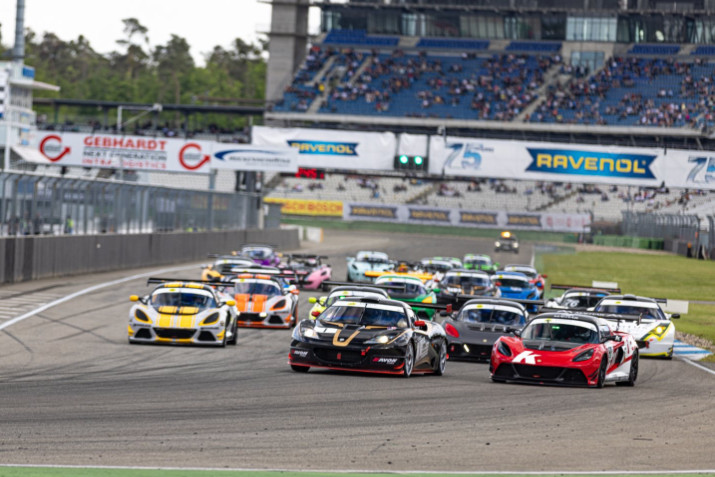 An action-packed race on Saturday concluded with an all Hungarian podium as Bence Balogh took the chequered flag in front of Tamas Vizin and Bence Valint. Paul Marechal completed the Exige Cup podium finishing in front of fellow team member Thierry Verhiest. In sixth and seventh were Lars Hoffman and Sven Pettersson, both joining Balogh on the GT Cup podium. 211/Open was won by Jean-Pierre Genoud-Prachex, with Nathalie’s pink 2-Eleven finishing second in class. The Production class saw a repeat of the Paul Ricard results, with Jason McInulty finishing ahead of Toby Goodman and Mick Edwards. 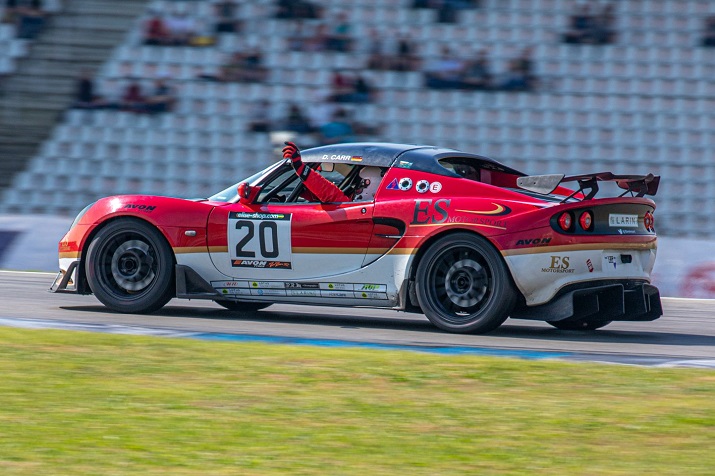 It was a double celebration at the end of the second race for Bence Balogh as he not only took the overall win but also set a new championship lap record of 1:50.375 in his Evora GT4. Tamas Vizin took second place, winning the Exige Cup class, followed by Bence Valint and Paul Marechal. The Production class provided plenty of entertainment, with Jason McInulty continuing his winning streak and Dave Carr making his first podium finish of the year, narrowly beating Toby Goodman to the second step. David McInulty was unable to classify after problems on the first lap, leaving Jean-Pierre and Nathalie Genoud-Prachex to take first and second in the 211/Open class. 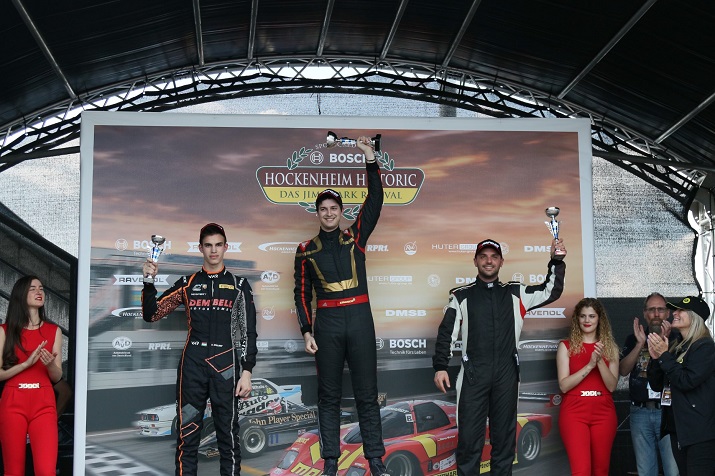