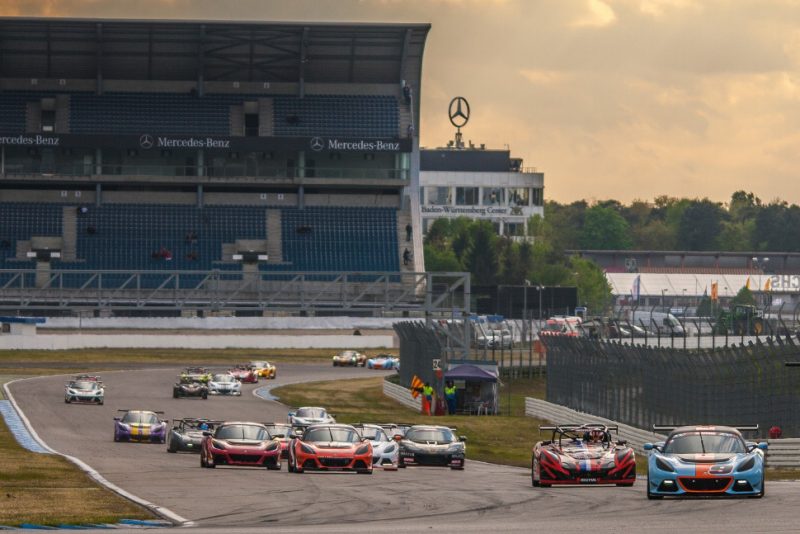 The 2017 Lotus Cup Europe season got underway at its traditional opening slot as part of the Hockenheim Historic – Jim Clark Revival meeting. Several new drivers joined familiar faces, and there were many changes in the field, including the promotion of the last two champions, Tamas Vizin and John Rasse to the V6 Cup class.

Hockenheim’s mixture of straights and technical corners gives the cars a good workout, with Xavier Georges and Steve Williams amongst the drivers expected to challenge for overall wins. 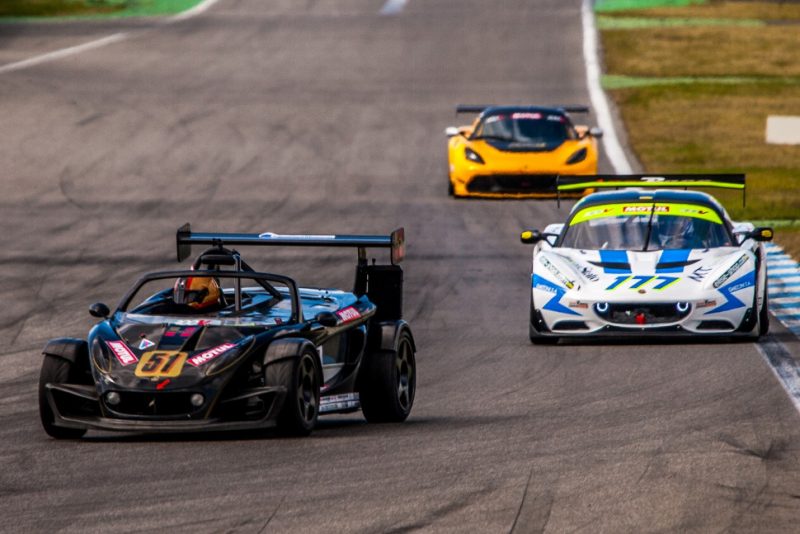 Two sessions on a sunny Friday gave plenty of time for the drivers to acclimatise themselves to their cars and the Hockenheim track, but conditions would change for Saturday morning’s qualifying, held under cloudy skies. Nevertheless it was Georges’ V6 Exige that would dominate all three sessions, getting his best time down to a 1:51.561 seconds, with only the Exige now shared by Philippe and Jean-Baptiste Loup also able to lap under 1:51 seconds.

In third place was the 2-Eleven of Christophe Lisandre, who got his four-cylinder car ahead of the V6 machines of Thierry Verheist, Williams, Bence Balogh, Tommie Eliasson and Rasse. Anthony Fournier’s 2-Eleven also made the top ten, heading reigning champion Vizin.

David Harvey topped the Open class in 14th place with his 340R, still going strong early two decades on from leaving the factory, heading Sharon Scolari, whilst the Elise of Jason McInulty topped Production qualifying in 26th place, with Thierry Hedoin and Sven Petterson, in the ex-Rasse and Vizin car not far behind. 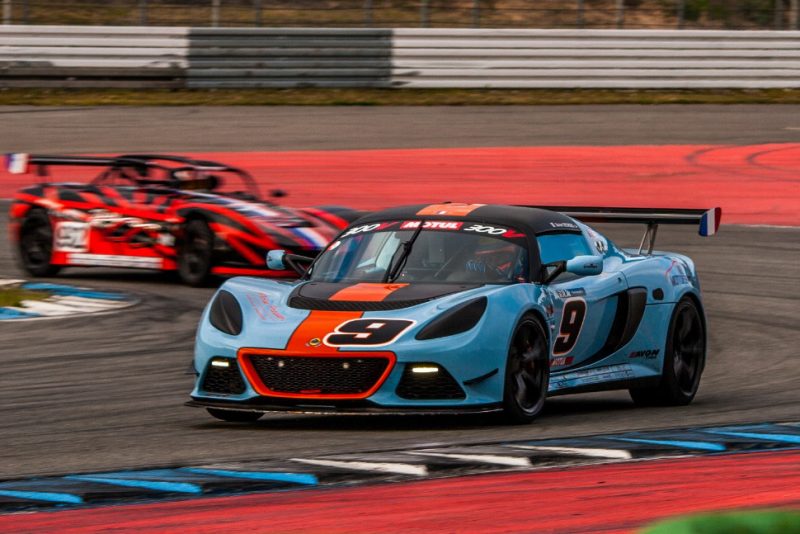 The opening race took place on Saturday evening, with a low sun breaking through the cloud as the drivers headed to the rolling start. It would be Georges who made the most of this, converting ple position into a lead that he would not relinquish. Behind Lisandre could only watch as his rival headed off into the distance, to an eventual 12-second advantage.

It was a lonely race for Lisandre, who was also too good for third place, which was claimed by Eliasson. There was a decent scrap in the fight for the podium, with Steve Williams finishing fourth ahead of 2015 champion Rasse, Balogh, Verheist, David McInulty and Vizin.The top ten, whic contained nine V6-powered cars, would be completed by Robin Nilsson.

Back in 17th place, Harvey claimed the spoils for the Open class, having raced clear of category rival Scolari, putting a V6 Cup car and a pair of 2-Elevens between himself and Sharon.

Jason McInulty followed the overall winner’s example by surging into the Production class lead, pulling away from Petterson, whilst third-placed Philippe Vanpevenaeyge had to fend off Mark Yates and Paul Pattison for the final podium position, following an early retirement for Hedoin. 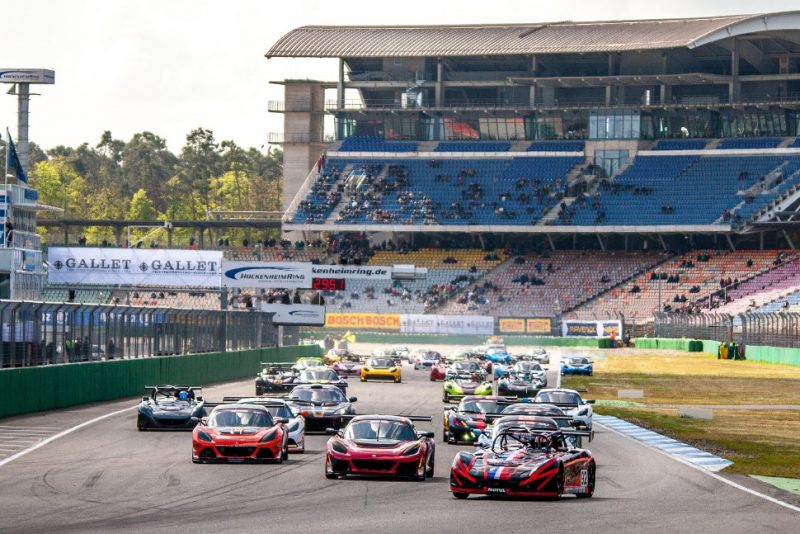 With a standing start to contend with in the second race, LIsandre had the perfect opportunity to turn the tables on his rival, and this he grabbed with both hands to lead into the first corner. Despite losing a little ground, Georges soon fought back, however and was soon stalking the 2-Eleven. It only took him a few laps to snatch the lead, but the 2-Eleven remained on his tail. Not that this was necessary, for Georges would not make the finish, retiring late on with a puncture.

Lisandre would head to a clear victory, but had there been a few more laps, the result could have been different, for Williams was on a charge, eventually finished just over four seconds adrift of the winner. He had to work hard in the early part of the race, battling with the similarly-hued car of Balough, as well as Eliasson, Verheist and Rasse. For many laps the group fought, but Williams would clear them, and the final podium position was eventually won by Verheist, by then ten seconds adrift of second place.

Unlike race one, there was a second 2-Eleven in the top ten, Anthony Fournier taking eighth place behind Jean-Baptiste Loup, and ahead of Andrew Wright and Nilsson.

The Open class was a closely-fought affair between Harvey and Scolari, with the Swiss Elise taking an early lead and looking strong. However the 340R clung on and as the race progressed Harvey came on strong, successfully passing Scolari, and building a ten-second lead to the flag, 15th overall.

Jason McInulty once again claimed Production honours, but whilst he looked much quicker than his opponents early on, Hedoin fought back and Petterson joined in the chase.  All three were well ahead of the rest, led by race one podium-visitor Vanpevenaeyge. 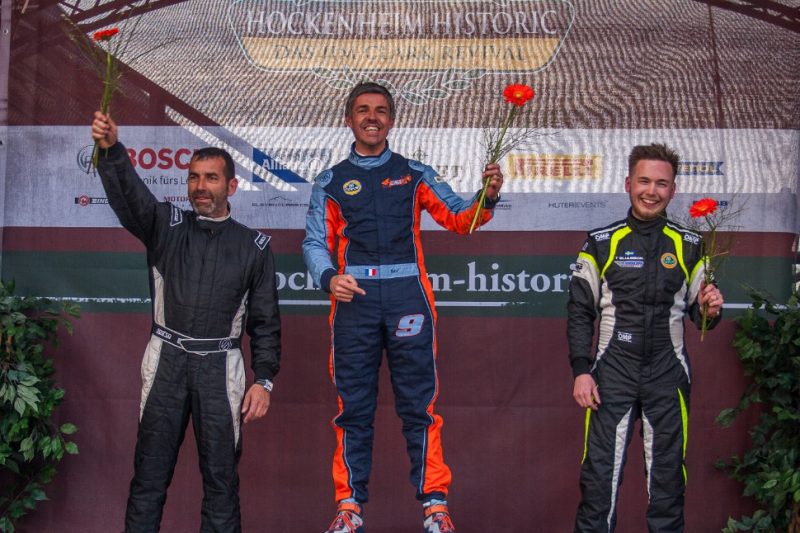 On the evidence of the opening weekend, it looks as though this year’s Lotus Cup Europe season will be the most open in some time. As ever, there’s a close battle at the front, and whilst Georges may lay claim to favourite, he faces stiff opposition from his own class, especially once former champions Rasse and Vizin get the hang of their cars, as well as category regulars Williams and Eliasson.

With both Loups moving up to V6, Lisandre has a good shot of the overall title to give him even more reason to be pleased with his weekend’s work. However opposition could come from the Open and Production classes, but with Scolari threatening wins, and McInulty likely to be challenged by an increasing field over the coming weeks, it’s going to be a fascinating year.