Bence Balogh was crowned Lotus Cup Europe champion for the third time in 2021 after a fantastic season of racing taking in some of the best circuits in Europe.

Following cancellation of the Hockenheim opener due to Covid restrictions and severe flooding at Spa Francorchamps, the season eventually got underway in style at Monza, the first of several rounds supporting DTM.

This was the first time Lotus Cup Europe had visited this fantastic historic Italian circuit and it certainly did not disappoint with some close racing across all three classes.

Balogh got his campaign off to a fine start with victory in race one, an all-Hungarian affair for overall honours with reigning champion Tamas Vizin and Egon Burkus challenging for the V6 class. The 211/Open category saw Jean-Pierre Genoud-Prachex leading the way home ahead of his wife Nathalie, while in Production, Toby Goodman drove a faultless race to lead from the start to the flag.

Race two produced a similar result, however the racing was equally as frenetic, in particular the 211/Open class’ battle of the spouses as well as Goodman’s Production defence from Mick Edwards and his son Bailey. 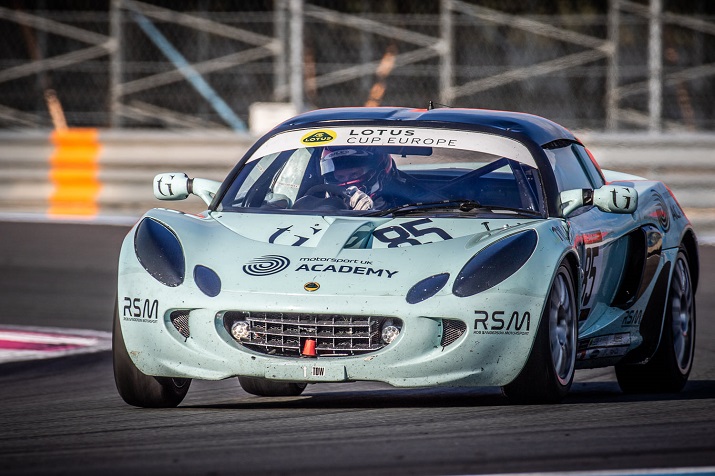 Balogh continued his winning form into the next rounds at Zolder, prevailing in two spectacular duels with Vizin, both of which were only decided late on after a relentless fight for victory between the pair. Daniel Palma secured third in both races, the second of which took place after a heavy rain shower delayed proceedings for a short while but leaving treacherous conditions for the drivers to contend with. There were also win doubles for 211/Open’s JP Genoud-Prachex – after fending off wife Nathalie and compatriot François De Witte – as well as Production’s Toby Goodman, who held both Edwards and Cai Cedeholm at bay.

The third and final DTM-supporting rounds of the year were held at Germany’s Nürburgring, where Vizin finally got revenge on his compatriot, holding off Balogh and Jason McInulty to take the flag in race one. The top two were reversed in the second race, however, in which Nikolaj Ipsen occupied the final step on the podium.

Two triple-header rounds in France would decide the 2021 title, the first of these being held on the Le Mans Bugatti circuit, where Balogh would commence an inexorable run to championship victory. Resisting further pressure from Vizin, Balogh recorded a hat-trick of wins, while German debutant Sven Barth claimed a podium finish in two of the encounters, with Daniel Palma completing the set.

With Balogh back in control, the other two classes saw their respective leaders successfully challenged. David McInulty scored a 211/Open victory in race one, while Mick Edwards topped the Production podium. Normal service was resumed in the following two races, but the title momentum had headed towards Balogh.

Moving south to Paul Ricard, Balogh, JP Genoud-Prachex and Goodman were set for the title decider, all determined to bring the overall crown to their respective classes.

First to fall was JP, with engine failure in qualifying ending his challenge and leaving the door open for David McInulty to take two class wins, before Nathalie Genoud-Prachex restored family honour in the season finale.

In the other classes, race one honours were shared between Balogh – who had a straightforward run to the flag when Vizin’s challenge faltered with a mechanical issue – and Goodman. The pair repeated the trick in race two to set up a thrilling title decider.

With Vizin back up to speed, the overall win was a tense fight between the two Hungarians, but Balogh was wise to the challenge and crossed the line to take his 11th win of the season – one short of a clean sweep. By contrast, Goodman had a disastrous race – albeit still a podium finisher – third behind Cederholm and Bailey Edwards. Thus Balogh held the Lotus Cup Europe title aloft for the third time.

The ongoing effects of the Covid pandemic continued to present a huge challenge for the championship organisers and drivers alike during 2021, with restricted travel, regular testing and quarantining becoming the norm, but once again the championship fulfilled its objective of proving fun, sociable and safe environment for Lotus enthusiasts to compete on track.

We wish all the drivers, teams and their families as well as everyone else who has supported Lotus Cup Europe in 2021 a safe and healthy winter and look forward to the new season, which is scheduled to commence at Circuit Paul Ricard in April.