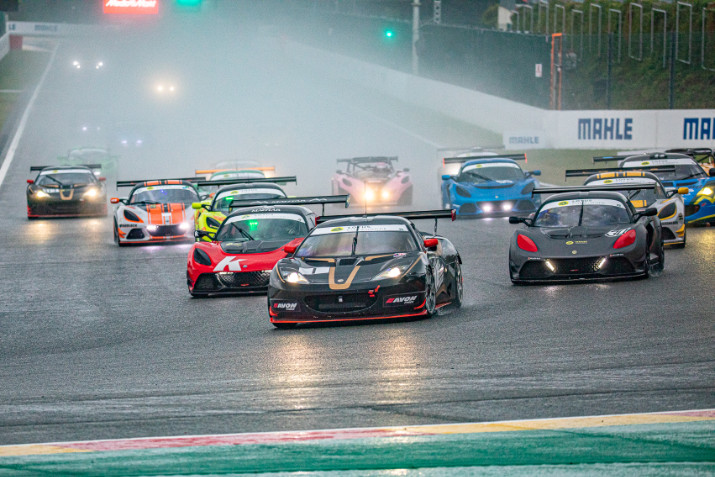 Spa-Francorchamps lived up to its reputation of unpredictable weather once again this weekend (9-11 September) as Lotus Cup Europe joined DTM in the Belgian Ardennes.

It was the championship’s second visit this season to what is widely considered one of the greatest race tracks in the world. 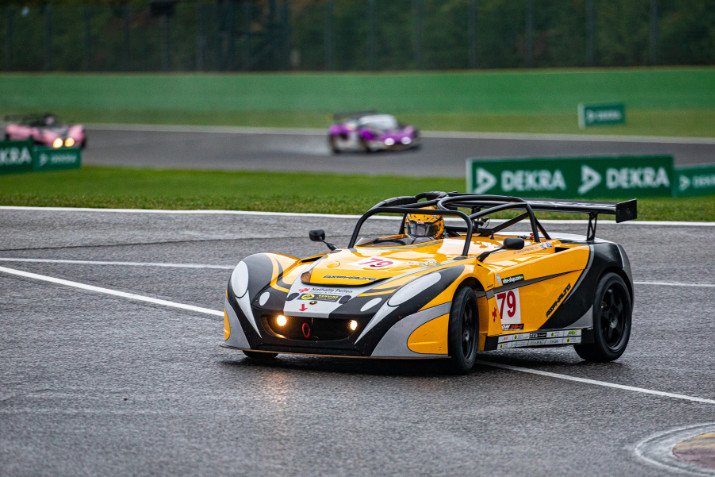 Conditions changed so rapidly during qualifying that Bence Balogh took pole on no fewer than 4 separate occasions during the session. Vizin took his provisional pole initially on lap three and then again on lap five before losing it to Balogh right at the end of the session. In fact, Spa threw up one of the most exciting sessions of the year with fellow Hungarian Bence Valint snatching second on the grid from Vizin also in the last few seconds. Sven Pettersson qualified second in the GT Cup class with Gyorgy Balogh in third. Despite their open-top cars, Jean-Pierre and Nathalie Genoud-Prachex qualified ahead of Steve Lake and David McInulty in 211/Open. Whilst David’s brother Jason took another Production pole position followed by Bailey Edwards and Mark Yates. 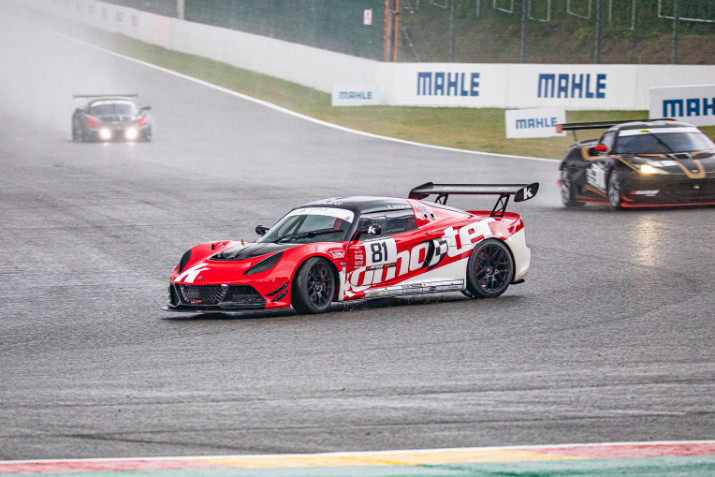 A heavy downpour complete with a spot of thunder and lightening stopped just in time for race one, the track was still very wet but it was declared safe to go ahead with the rolling start as planned. Balogh on pole, ran wide in the first corner, leaving enough room for Tamas Vizin to go past on the inside and take an early lead. Vizin used the wet conditions to his advantage, holding onto the lead right up until the final few minutes despite numerous attempts by Balogh to overtake. It would take a lot of work for Balogh to regain the lead, which he did with less than 2 laps remaining, taking the chequered flag just in front of Tamas Vizin and Bence Valint, making it an all Hungarian podium. Jean-Pierre Genoud-Prachex took the win in 211/Open in front of Steve Lake and Nathalie Genoud-Prachex.  Over in the Production class, it was another win for Brit Jason McInulty, with fellow ES Motorsport driver Bailey Edwards finishing second ahead of Swede Cai Cederholm. 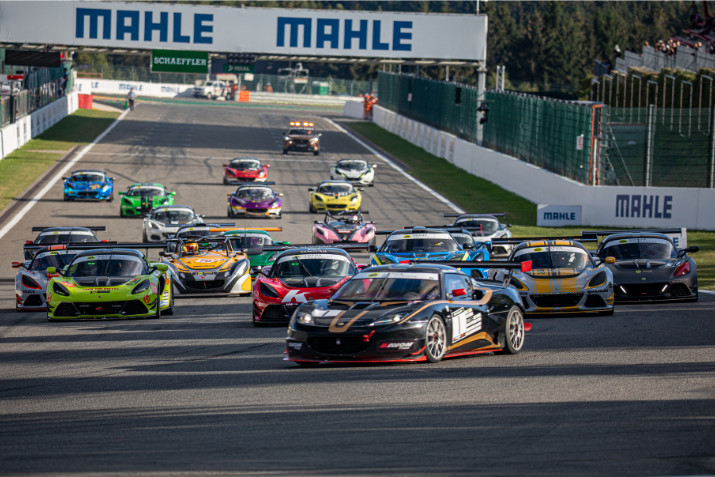 The sun was out for race 2 thanks to Spa’s ever-changing weather. Bence Balogh distanced himself from the pack as soon as the lights went off for the standing start, holding onto the lead throughout the race. Paul Marechal finished second, taking the win in the Exige Cup class, followed by Bence Valint and Daniel Palma. Bence Balogh was joined on the GT Cup podium by his dad, Gyorgy Balogh, who finished third in class behind Sven Pettersson. 211/Open was also a family podium with husband and wife Jean-Pierre and Nathalie Genoud-Prachex taking the top two steps, with David McInulty completing the podium. Production saw some amazing action throughout the 30 minute race with Jason McInulty and Mark Yates battling it out for the win, after a final place swap it was Yates who took the chequered flag first, ahead of Jason McInulty and Bailey Edwards. 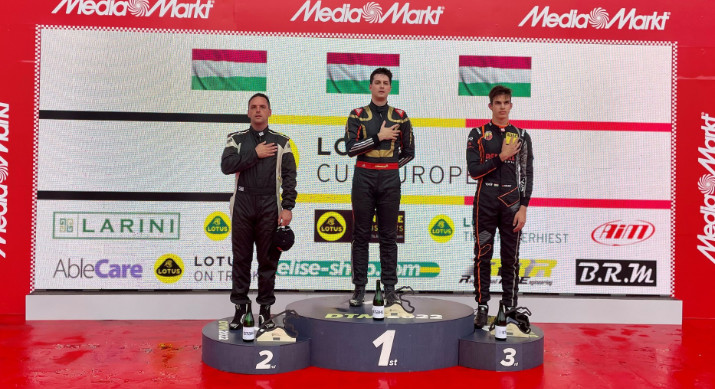