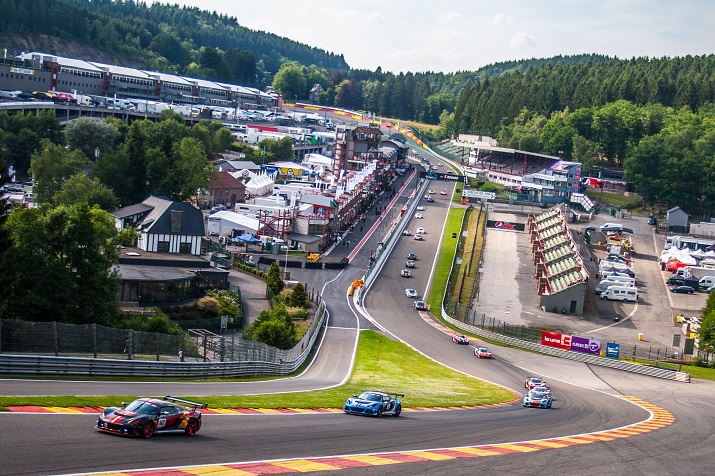 With two thrilling events getting the 2018 Lotus Cup Europe season off to a flying start, the FIA International Series returns to Spa-Francorchamps next weekend (1-3 June).Taking place just two weeks after the three rounds at Paul Ricard, the trip to Belgium should add new twists and turns to an intensifying title battle. The big story in France was the rise of Hungarian V6 Cup racer Bence Balogh, who won all three races in style to emerge as the new championship leader.

Double Hockenheim winner Steve Williams topped the practice sessions in France, but Balogh dominated from then on. Williams did briefly lead the final round of the weekend, but the Briton lost out to Balogh and John Rasse, who was also on the pace all weekend.

Reigning champion Rasse won in Spa last year, and the home favourite will be amongst the Exige front-runners, along with Xavier Georges, who should have a new gearbox this weekend after being forced to sit out Paul Ricard’s races. Brit Jason McInulty, Hungarian former champion Tamas Vizin and Belgian Thierry Verheist should also be strong.

The French-flavoured 2-Eleven class looks set to be an intense rivalry between double category champion Christophe Lisandre and former Open title-winner Christopher Laroche, and both are close on points. Benoit Roger and the returning Jean-Baptiste Loup should be strong podium contenders too.

In the very British Open class, Andrew Wright has taken a clean sweep of the opening five races, and sits third in the title table. Rival David Harvey hopes to bounce back from a series of issues, whilst Ian Fenwick’s Series 1 Exige is a good bet for podium honours.

With so many different winners in the opening two events, and a points system that rewards class wins, there’s a lot to play for in the title race.

After the Paul Ricard triple-header, it’s back to a two-race weekend in Belgium, but the magnificent Spa-Francorchamps circuit and its fearsome Eau Rouge section is a familiar fixture on the Lotus Cup Europe calendar, and should provide plenty of drama and intrigue in the Ardennes Forest.