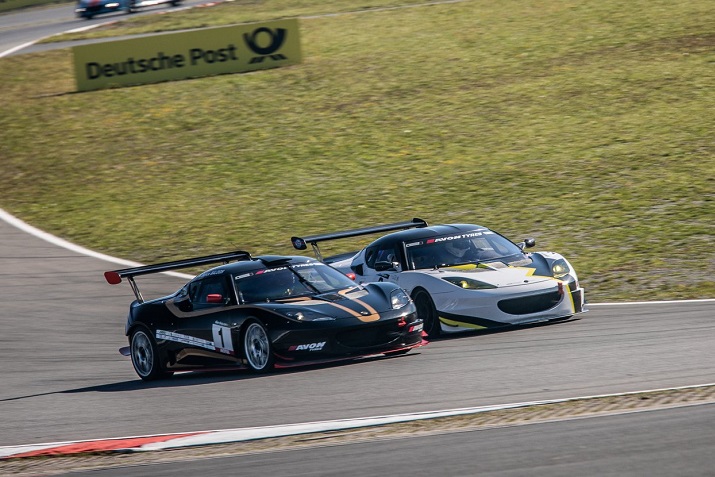 Belgian racer Pieter Verlinde claimed his first Lotus Cup Europe victory when the FIA International Series visited Germany’s Nürburgring last weekend (14/15 September), defeating reigning champion Bence Balogh in the process. The Hungarian won the opening race of the weekend, however, and closed the gap to title leader Franck Laroche to just three points with one event of the season remaining. 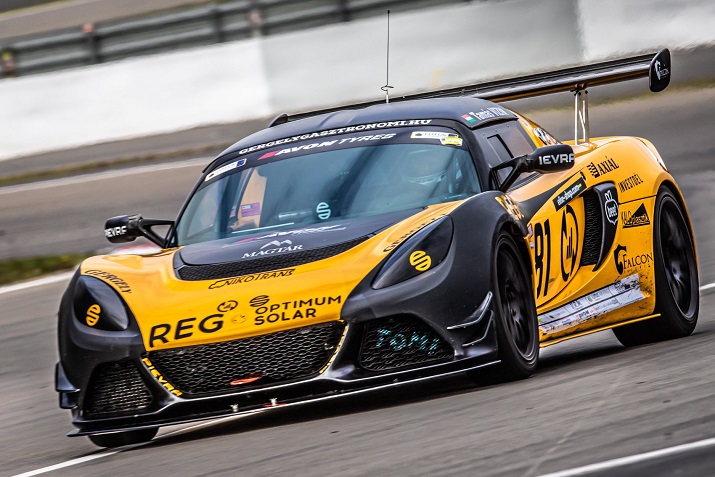 Appearing on the DTM bill for the third and final time this season and in front of the German touring car series’ huge home crowd, Balogh was headed by 2016 champion Tamas Vizin for an all-Hungarian front row. Just 0.3 seconds covered the top four in an ultra-close qualifying session, in which Verlinde and Frenchman Xavier Georges shared the second row.

A superb getaway for Balogh propelled his Evora into a lead that he would not relinquish, whilst the Exige of poleman Vizin came under increasing pressure from Verlinde in the AM Ring Evora GT4. The Belgian passed for second place on lap six, leaving his rival to fend off Georges. The Exiges swapped places, but Vizin reclaimed his place on the podium as Georges fell back to seventh place behind Britain’s Jason McInulty, Belgium’s Thierry Verhiest and France’s Laroche, who claimed the 2-Eleven class win in the process. 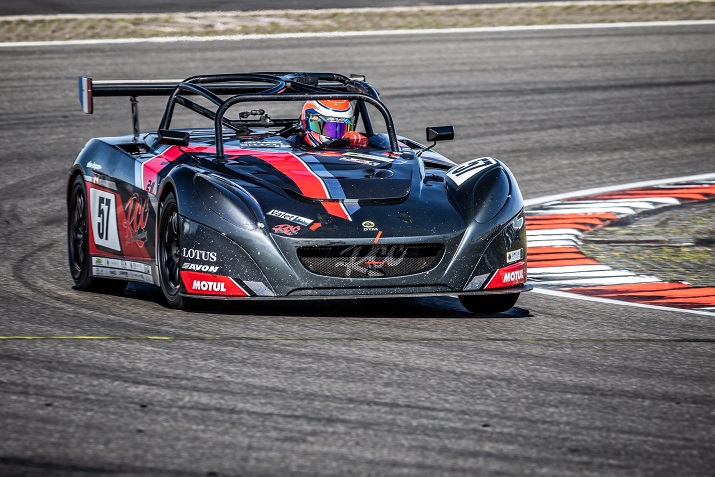 Laroche’s title ambitions looked to be slipping after qualifying a lowly 11th, behind class rivals and compatriots Anthony Fournier and Philippe Loup. A gritty performance in the race, however, saw him fight back to claim the place from erstwhile leader Loup. 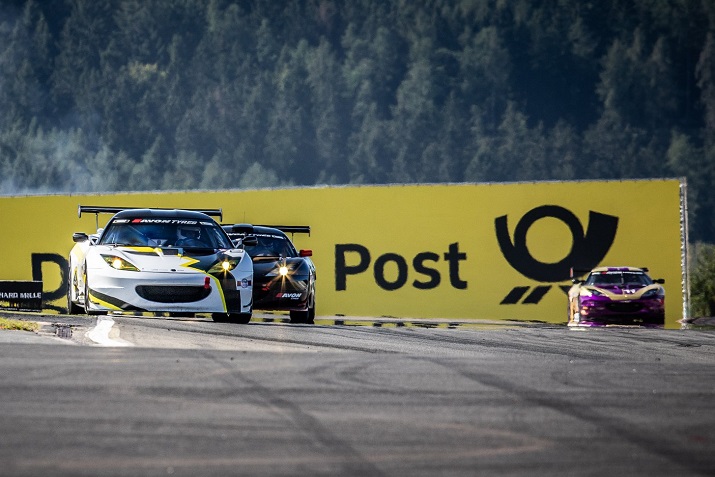 In the second race, Balogh repeated his earlier start to assume the lead over Vizin, however, he succumbed to a stunning move from Verlinde, who took the lead and held on for thrilling victory, despite his rival’s best efforts. There was nothing between the Belgian and Hungarian Evoras and with the Production car battle to lap in the final moments, Verlinde gained a small advantage that he held to the line to defeat Balogh by just half a second. The Hungarian did, however, secure the V6 Cup class title ahead of the final rounds later this month.

Vizin lost further places in this race, promoting McInulty to the podium and eventually finishing behind Georges. Verhiest took sixth place at the chequered flag. 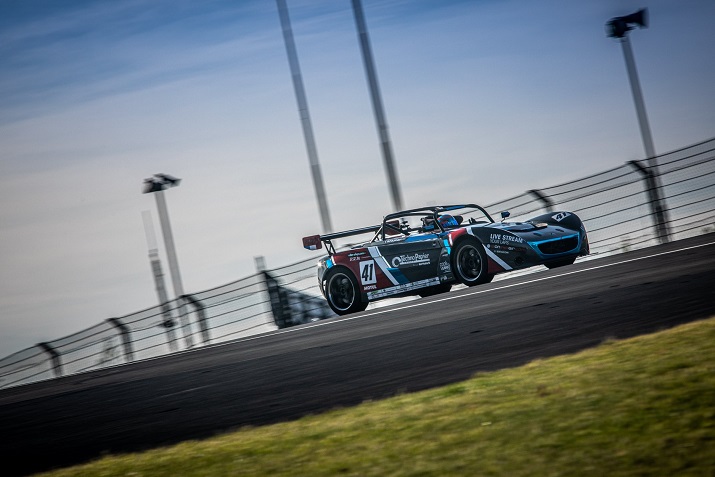 Title leader Laroche was unable to capitalise on Balogh losing out on the win, as Fournier took the class victory in seventh place overall, whilst Britain’s Ian Fenwick claimed second in class. Third for Laroche, ahead of series newcomer Ryan Savage from Britain, reduced his title lead to just three points with one event remaining, although, like rival Balogh he secured his class championship. 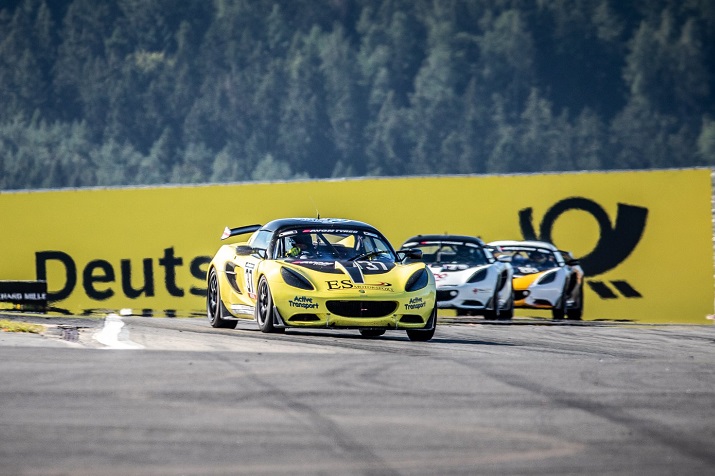 With just a class championship to fight for, the Production runners staged two entertaining races, with Britain’s Mark Yates prevailing in both contests. In the opener, Yates passed early leader, Sweden’s Cai Cederholm to take a dominant win, with Britain’s Dan Plant completing the podium. Later on the Briton defeated Genoud-Prachex and Sweden’s Sven Pettersson, the latter now likely to relinquish his class title having suffered mechanical issues in the first race. 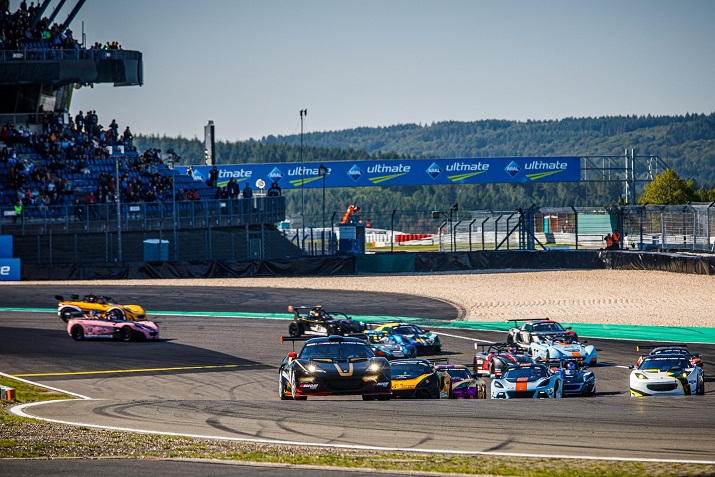 With three rounds of the Lotus Cup Europe season remaining, the title is set to go right down to the wire at Le Mans on 29-30 September.