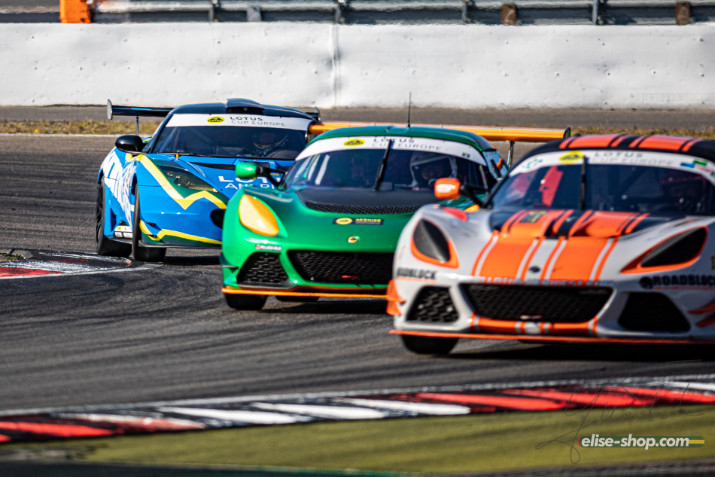 The championship was back in Germany this weekend (26-28 August) joining DTM at Nurburgring, for an event that is known to attract huge crowds. 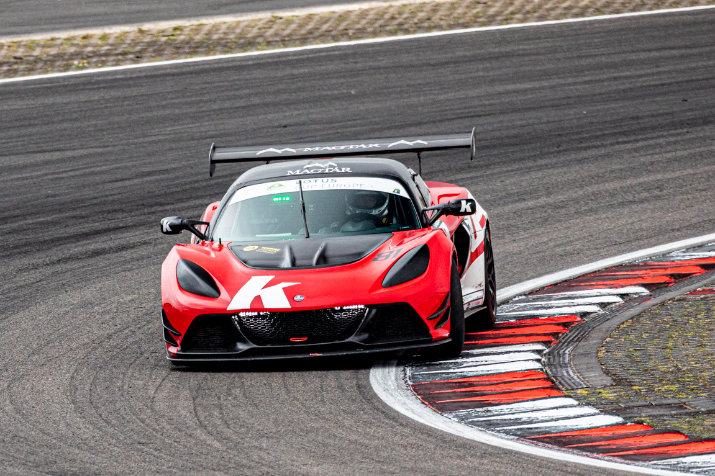 Friday’s qualifying session put Hungary’s Tamas Vizin on pole beside Bence Balogh, followed by Bence Valint, Daniel Palma and Paul Marechal. Sven Pettersson qualified 9th making him second in the GT Cup class ahead of Gyorgy Balogh who would be starting in 12th just behind 211/Open pole sitter Jean-Pierre Genound-Prachex. Toby Goodman took another Production pole with a lap a mere 0.264 seconds faster than Jason McInulty’s. Unfortunately, the circuit found itself immersed in a heavy fog on Saturday that would not lift until early evening, forcing almost all races on the day to be cancelled, including Lotus Cup Europe’s first race. 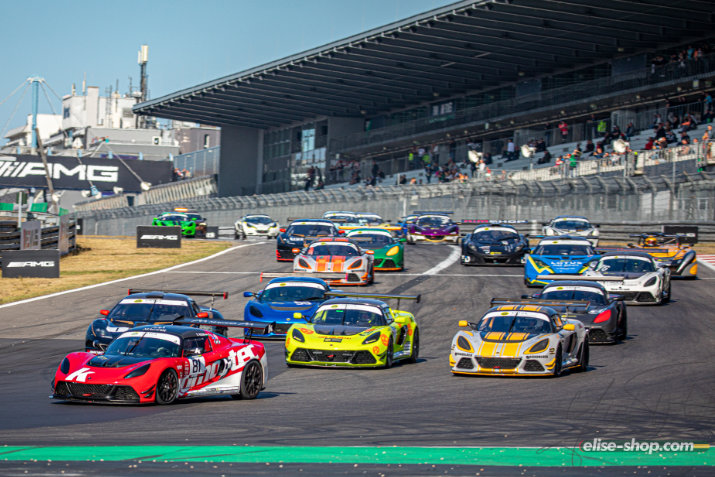 Luckily, the weather had cleared by Sunday leaving the track dry for the start of the Lotus championship’s race. Tamas Vizin made the most of his pole position, pulling away from the pack as soon as the lights went off for the standing start. Fellow Exige Cup R driver Daniel Palma also had a great start, getting up into second position ahead of Bence Balogh’s Evora GT4. Balogh’s pure determination however meant that Palma would be unable to hold on to the position for long. Bence Valint took full advantage of others’ mistakes as he sailed into third position. Palma appeared to have some mechanical issues as he ran wide, allowing Ronald Andraczek and Rainer Borgens to fly past him. Marechal caught Palma up once again, resuming their battle from earlier, as Thierry Verhiest, Robin Nilsson and Sven Pettersson closed in on the pair.  A spin on lap 7 cost Andraczek his 4th place and a 3rd in class, leaving him down in 8th. Palma would not give up on his hopes for a podium finish and while he would not be taking home a trophy, he did set the fastest lap of the race with a time of 1:37.394. Steve Lake kept Jean-Pierre Genoud-Prachex on his toes throughout most of the race but Lake struggled to find an opening. Toby Goodman’s pole position wasn’t enough to keep him at the front of the Production class as Jason McInulty took an early lead in his Elise Cup R. 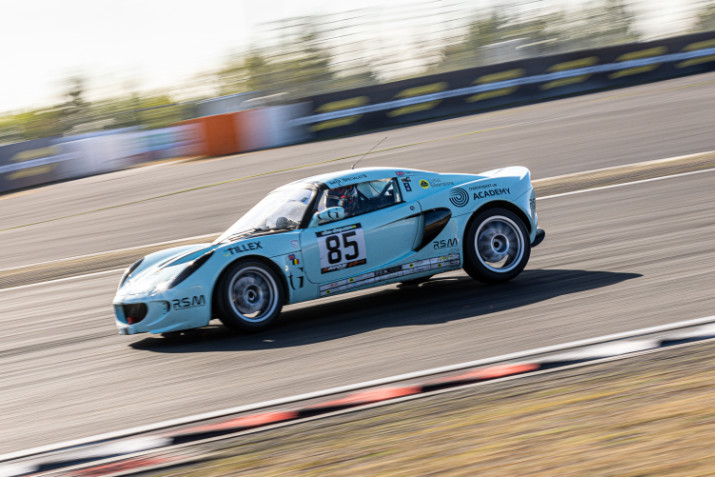 After a sensational 30 minute race, KomoTec driver Tamas Vizin took the chequered flag before completing celebratory donuts much to the joy of the fans in the grandstands. Following closely behind him were Bence Balogh, Bence Valint and Rainer Borgens. Jean-Pierre Genoud-Prachex took an uncontested win in the 211/Open class after Steve Lake was forced to watch the end of the race from the pits. Jason McInulty took the Production win ahead of Toby Goodman’s Elise S2 and the Elise Cup R of Mark Yates. 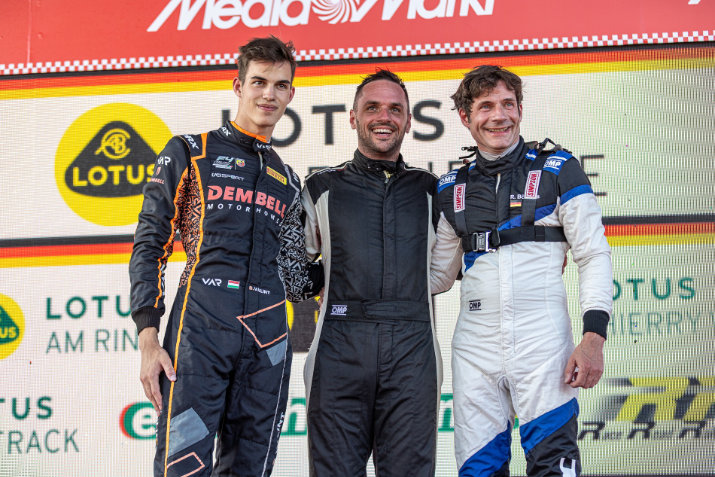